COVID-19 Update: For more information about how to stay connected, please contact admin@hillcitybaptist.com 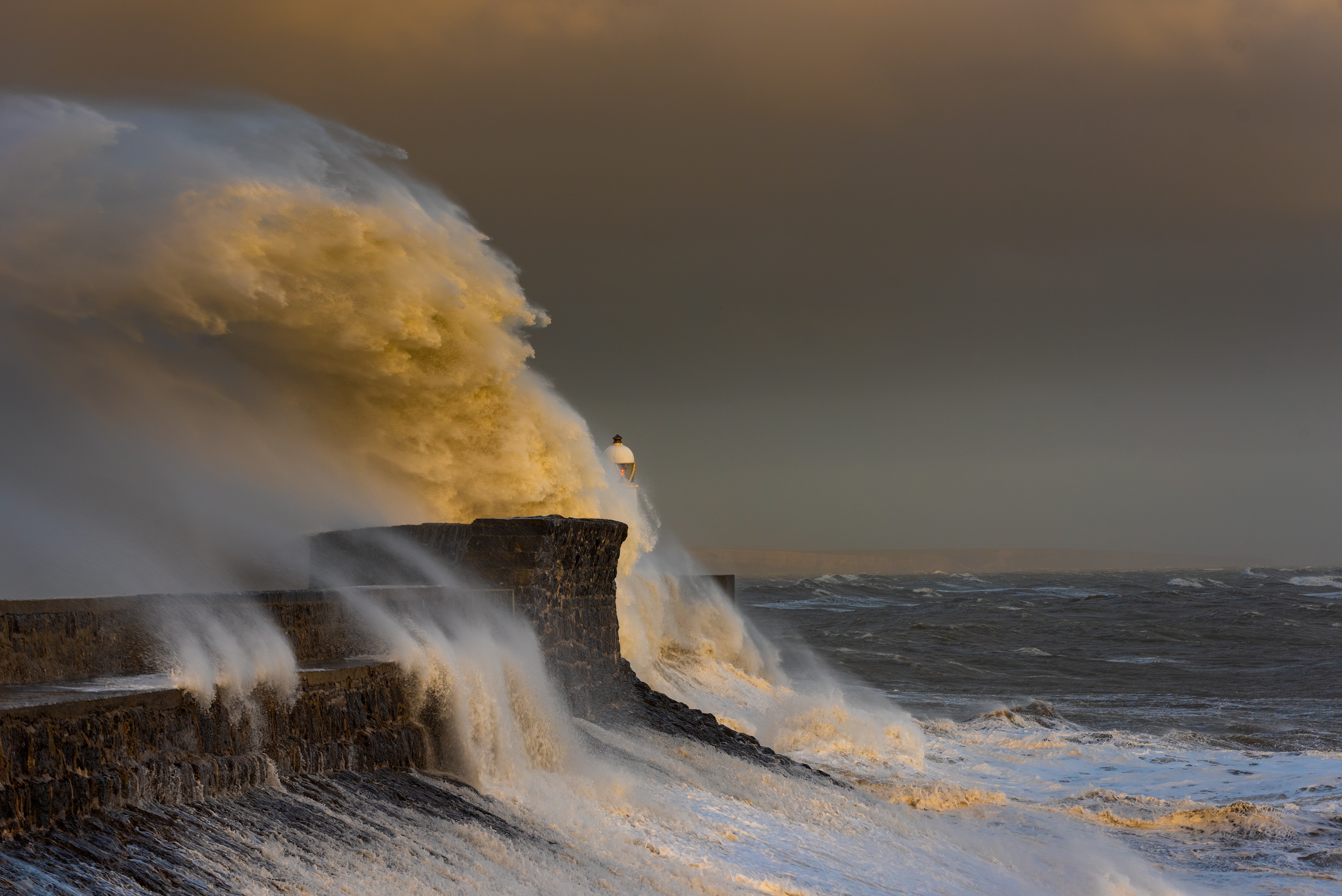 Recently it seems that everyone from celebrities to scientists to LCBO workers are being heralded as paragons of courage. But what does it actually mean to have courage?

Merriam-Webster defines courage as the “mental or moral strength to venture, persevere, and withstand danger, fear, or difficulty.” However this seems like one of those broad definitions that manages to not actually tell us anything while also holding the door open for all kinds of uncourageous people. According to such a definition after all, both Hitler and Churchill could share living space on the “courage” continuum.

As with all things, if we want to arrive at anything conclusive we must start and end  with the Scriptures. They alone provide the base structure which gives shape and stability to our definitions. Here, then, are some biblical principles which should help us move towards a clearer understanding of what it means to have courage.

Courage is Not the Absence of All Fear, but the Mindful Fear of One

“Don’t be afraid of those who want to kill your body; they cannot touch your soul. Fear only God, who can destroy both soul and body in hell.” Matthew 10:28

As a parent, I don’t hope that my children will be fearless, mostly because there are  things in life they should actually be afraid of: namely highways, untethered rottweilers, and overly-friendly strangers in white vans.

I also want them to fear God, but in a different way than they might fear those other things. Rather, more in the way a clay vessel might fear its potter if it were sentient. For example, the proper response of a clay teapot should be to happily, competently, hold tea. It should also be to fear the potter’s displeasure should it refuse to do what he made it to.

And so with us. There is no need to fear the many if we cultivate the fear of One. But there is definite reason to fear the One if we decide to opt for the fear of many. The many may, at their most ravenous, decide to kill us. But God, being the keeper of body and soul, can destroy both in hell.

Courage Doesn’t Operate Out of a Vacuum

“All these people died still believing what God had promised them. They did not receive what was promised, but they saw it all from a distance and welcomed it. They agreed that they were foreigners and nomads here on earth.” Hebrews 11:13

Hope gives courage energy, purpose, and life. Allied forces stood against the Naughtzee regime because they envisioned a world free from its tyranny. Martin Luther King Jr. made his impassioned speech before thousands because he envisioned a world without racism. Christians pray constantly for hard things because we believe that God delights to hear and answer us.

Throughout history Christians have frequently shown remarkable courage. Not just in hopes of the recovery of a suspended moment of time (religious freedom for example) but because they saw their hope stretching beyond a moment and erupting into eternity. Their willingness to stand against evil was birthed out of a steady assurance of their true citizenship in heaven and a confidence of their participation in eternal life.

Courage is Sustained by Convictions, Not the Frenzy of Trends

“[Moses] chose to share the oppression of God’s people instead of enjoying the fleeting pleasures of sin.” Hebrews 11:25

The reason we can say that Moses acted with courage here is that his decision was based on two convictions. First, that the Israelites were God’s people. Second, that the pleasures of Egypt were both sinful and fleeting. However what if the Egyptians suddenly decided that the Israelites were actually pretty cool and wanted to join up with them? We couldn't really say that Moses acted in courage if he decided to join them only after they were a hoard.

We find ourselves in a strange time where simply affirming the clamor of the mob can instantly transform a bystander into a freedom-fighter. But even on the watery terms of Merriam-Webster we couldn't exactly call such acquiescence courage. Courage is not typically found on the path of least resistance. In fact it runs opposite to our intuition in that it flies in the face of self-preservation, which is where most people prefer to linger. It stands when everyone else flees. It speaks when everyone else is silent. It is a “first in, last out” kind of virtue.

In this we should also say that courage isn’t measured by its scale but by its willingness to personally suffer for the cause of truth and justice. The laborer who refuses to compromise his integrity for the sake of some personal advantage demonstrates an equal courage to someone like Luther, who stood against the magisterium of the Catholic church. Both are simply “investing” with respect to the talents they had been entrusted with.

If, as I hope you would agree, God shows no favoritism, than it stands to reason that he is equally honored by the courage of the laborer as he is with that of the reformer.

Courage Operates Within a Truth Matrix

[Love] does not rejoice at wrongdoing, but rejoices with the truth. 1 Corinthians 13:6

Judy Burwell, director of the Morgentaler Abortion Clinic in Fredericton, states “It takes a lot of courage, really, to say ‘I’m going to be an abortion provider' these days.”

Now, if we are working only according to Merriam-Webster’s definition, we would have to agree with Ms. Burwell. All abortion providers, as those who are doing difficult things for an extended amount of time, must certainly be individuals of profound courage.

But if we are working from the Biblical definition of courage, we would have to soundly disagree that such convictions are anything close to courageous. Just as we could not say that the Canaanite priests exercized courage when they tossed infant children into Molech’s iron chest. Courageous people don’t trample on the helpless. They stand against inhumanity, not humanity.

"When Priscilla and Aquila heard [Apollos] preaching boldly in the synagogue, they took him aside and explained the way of God even more accurately." Acts 18:26

"But the wisdom from above is first pure, then peaceable, gentle, open to reason, full of mercy and good fruits, impartial and sincere." James 3:17

This principle might initially seems like a contradiction, but hear me out. Pro-choice advocates, even when faced with 3D images of the torment a fetus suffers during an abortion procedure, refuse to budge from their position. LGBT+ advocates, even in light of the massive likelihood that confused young-people will acclimatize to their gender after puberty subsides, still advocate for prepubescent surgery and therapy. In all this there is an underlying resistance to submit to the weight of evidence.

Though stubbornness and courage may initially seem to share similar traits—both fiercely hold to their convictions and are willing to endure a degree of battery—where courage is rooted in wisdom and God-fearing, stubbornness is essentially pride and an unwillingness to admit when one is wrong.

Courage is always interested in the furtherance of truth and eagerly resists what, even in oneself, may be impeding its course. Apollos already demonstrated a degree of courage in being willing to stand alone against the mob of Jews who resisted John’s baptism. But arguably his true courage shone brightest when he submitted himself to the instruction of a couple of tentmakers. His response was not a lessenging, but a profoundly courageous deference.

“Instead, be kind to each other, tenderhearted, forgiving one another, just as God through Christ has forgiven you.” Ephesians 4:32

There’s a profound difference between courageous people and bulls browsing through china shops. This needs to be said because I’m not sure such nuance is always fully understood or appreciated by Christians.

Courage is not foolhardiness; it does not kick open unlocked doors; it doesn’t charge in with a 12-gauge shotgun when a reasonable discussion would have sufficed. Courage can, and should be, even-tempered, willing to give the benefit of a doubt, and eager to exhaust all options before declaring civil war.

I once overheard a Christian say, echoing the words of Luther, “Here I stand I can do no other.” It might have sounded brave coming from Luther as he stared down the popish senate, but in the context of an issue which really didn’t merit all the bravado, it just sounded kind of childish.

Truly courageous people take time to make sure they understand a situation before expressing themselves. When and if they do, they do so remembering the depths of grace that rescued them in the first place. They are willing and eager to be reconciled and to operate within the bounds of civility so far as conscience and Scripture allows. They are self-effacing as oppose to self-aggrandising.

They are not calculating in their words and mediums, except as it concerns the glory of God and the adorning of his truth. If truth, humanity, and justice are being upheld, they are content to remain doorkeepers. They are also willing to unhinge the door and throw it should the situations demand.

Brothers and sisters, in a day of increasingly forthright inhumanity I hope we will be known as men and women of true courage.